During the worldwide quarantine, the artist from Dnipro, Pavel Bondar, spent time in self-isolation for the benefit of both himself and the art world. In days gone by, his sensational collection “Tasty Faces” was continued – this time, Donald Trump himself was under the gun of taste.
The resourceful artist made the portrait of the American president from bright yellow corn grains.

“Trump’s bright and temperamental personality attracts the attention of the whole world,” says Pavel. – To convey the essence of the American president, my choice fell on a whimsical, complex, but interesting material – corn. At the very beginning of the creation of the portrait, I had to defy the unknown – after all, I had only a canvas and two cans of canned corn at my disposal. What can come of this? I didn’t know either, but I got to work. Casting aside doubts, I went into the process with all dedication … ” 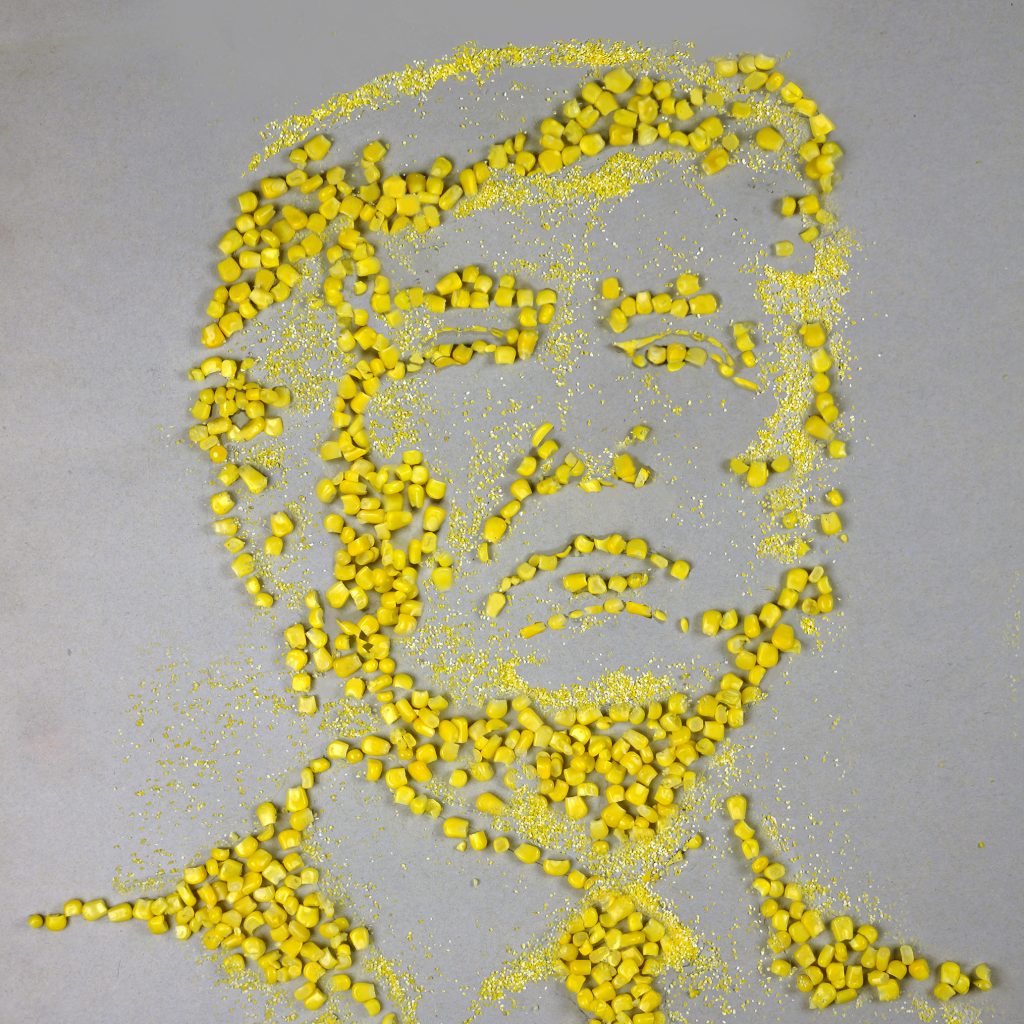 Donald Trump’s portrait of corn is not as simple as it seems at first glance. Looking at it closely, you will see nothing but grains scattered all over the place. However, it is worth looking at from a distant perspective, and now you have a full-fledged silhouette of one of the most odious personalities in politics.

Straightforward and tough, Trump does not hesitate to say in public what he thinks, and not what they want to hear from him. Moreover, his ambitions are much broader, and his personality is deeper than it might seem at first glance.
By the way, the American president himself hardly feasts on corn – his main diet includes hamburgers, cola, pastries and fries. And do not forget the old Russian proverb: “Whoever sows corn gets richer”!