Pavel Bondar’s art project Tasty Faces has been replenished with a new unusual portrait. This time, the young artist presented to the audience a portrait of British actor Benjamin John Whishaw, starring Jean-Baptiste Grenouille in the 2006 film Perfume: The Story of a Murderer, based on the novel of the same name by Patrick Suskind. 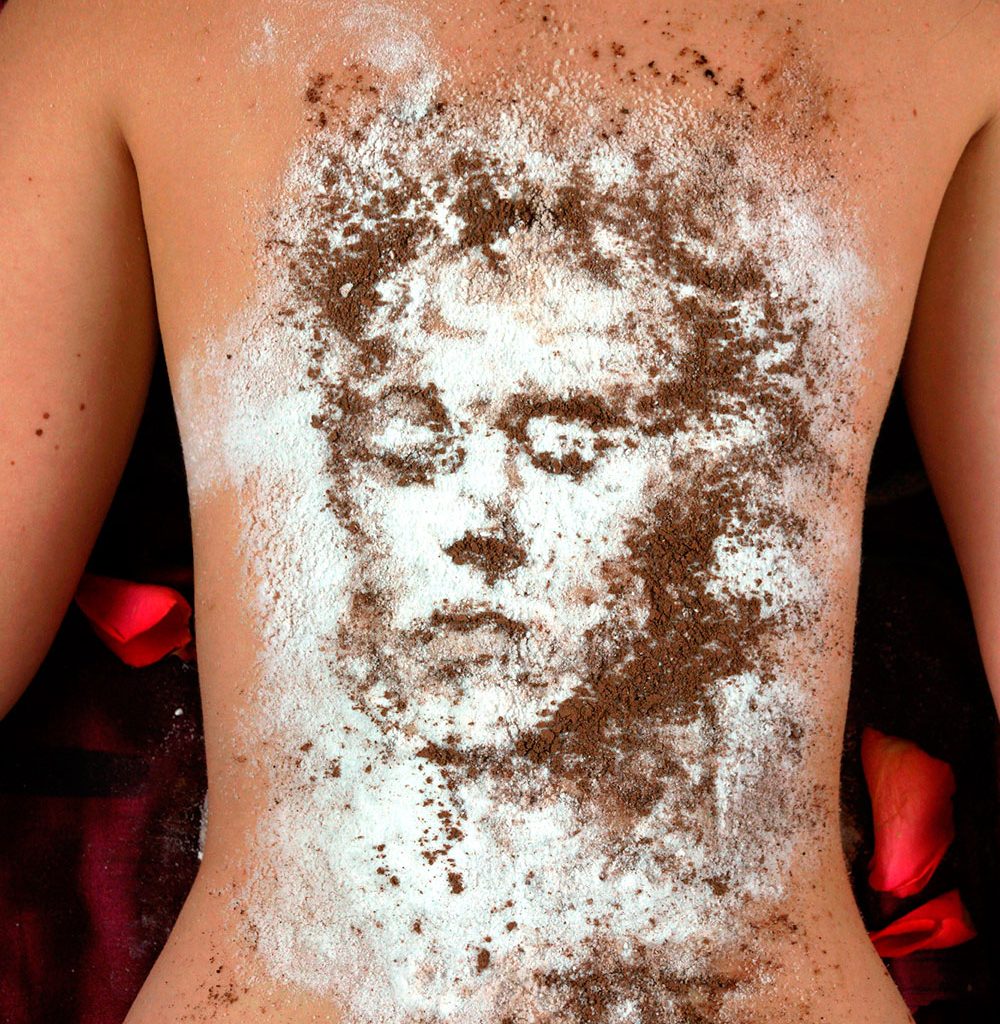 Young artist Pavel Bondar creates portraits of famous people from food. Pavel combined all his works into one project, for which he came up with the name Tasty Faces. Indeed, every portrait is delicious and you want to eat it. For example, Pavel Bondar created a portrait of the most odious singer on the planet Lady GaGa from banana, kiwi and pomegranate. The portrait of Her Majesty Queen Elizabeth II of England was made with oatmeal. Creating a portrait of the French singer Mylène Farmer, the young artist used red wine and grapes in his arsenal. Pavel painted a portrait of the American pop diva Beyoncé with fragrant chocolate. Working on the portrait of the Chinese actress Zhang Ziyi, the star of the famous film “Memoirs of a Geisha,” the artist used a whole dish – sushi. Using soy sauce, he first painted the facial features of a beautiful Chinese woman, and then added volume to the image using edible nori seaweed, red caviar, rice, ginger and even wasabi.

The new work of Pavel Bondar is created from vanilla and cinnamon. Pavel was inspired to this experiment by watching the 2006 film Perfumer: The Story of a Murderer, based on the novel of the same name by Patrick Suskind. Thus, Pavel’s collection “Tasty Faces” was replenished with a portrait of the British actor Benjamin John Whishaw, the leading role of perfumer Jean-Baptiste Grenouille.
And if the artist created his previous works exclusively on canvases, then with the creation of a portrait of Benjamin John Whishaw, Paul decided to go on an ambiguous experiment. Pavel painted the image of the perfumer on … a naked female body.
Bondar used two products that are most often used in cooking and perfumery – cinnamon and vanilla as ingredients of his “tasty portrait”.
“The cinnamon and vanilla chosen for the portrait are one of the most popular“ sweet ”oriental spices,” says the artist. – Each of these products exudes a bright aroma, and together they are very combined. And the white-brown range that these spices create creates a high contrast of expressiveness. The friability of these spices conveys freedom and lightness.
As Pavel Bondar admits, the hero of Jean-Baptiste Grenouille in the 2006 film “Perfume” made a great impression on him.

– Thirsting passionately and in spite of everything to embody the most beautiful aroma that no one had ever felt, Jean-Baptiste Grenouille was in search, an eternal search for beauty as a real artist, – says Pavel Bondar about his impressions of the film. – Walking around the city, the perfumer breathed in different aromas. One by one, they excited his imagination. When I think about painting a new portrait, I find myself in a similar search. And perhaps he is also ready to do a lot to fulfill his dream – to try to create such a portrait, looking at which you can freeze with delight. This is the essence of the artist – to be on the lookout, to create magnificent creative motives that are passed on in subsequent time eras.