Create a portrait of Lady Gaga using bananas and other foods? – For a young artist from Dnepropetrovsk Pavel Bondar – no problem. On his account there is already more than one such “food picture”, which depicts modern stars or famous historical figures. 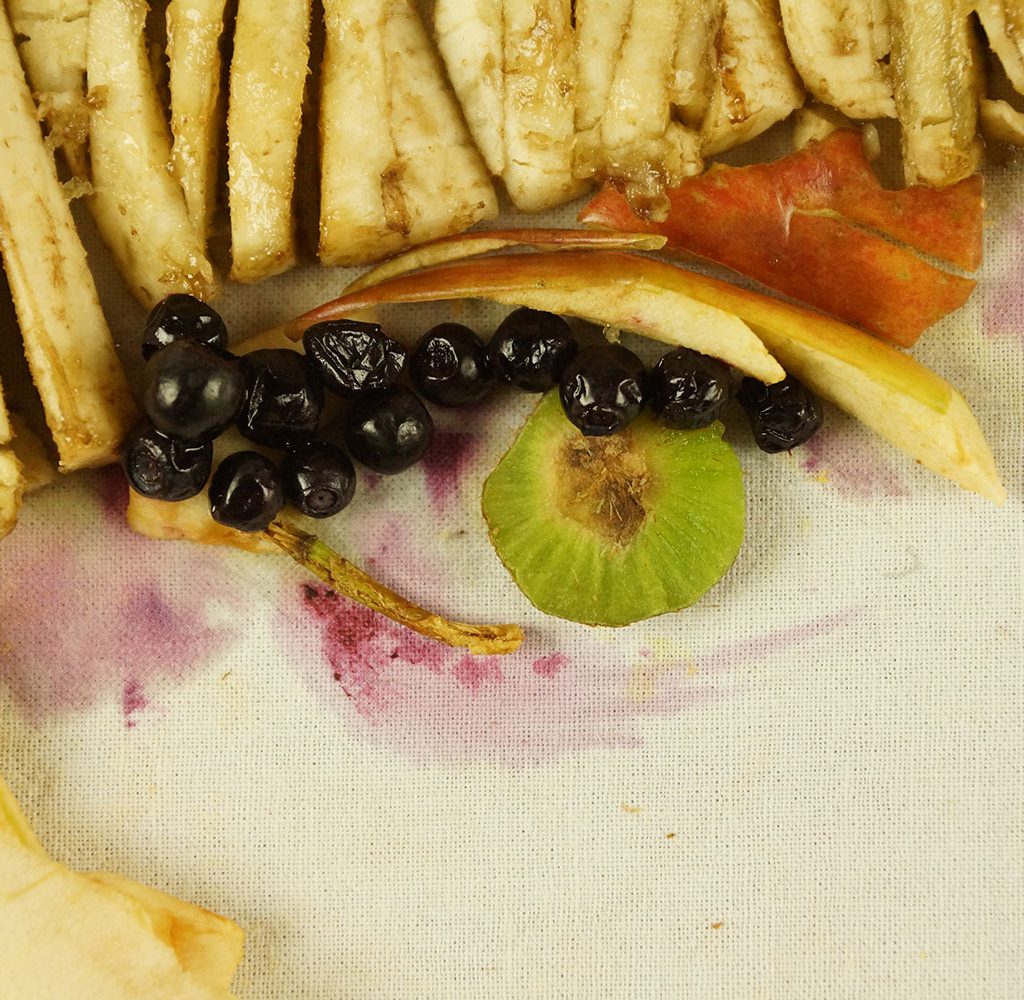 Young Ukrainian artist Pavel Bondar paints very unusual pictures. Using food instead of artistic paints, he creates unique portraits of celebrities.
(News Ru believes that for his creations the artist chooses those products that, in his opinion, associatively correspond to the essence of the person being depicted).
According to the publication “Metro”, one of the last creations of the painter – “Lady Gaga”, the components of which were bananas, pomegranate, apple and even a piece of beef. Thanks to the illustrative video, you can see how Pavel created this “masterpiece”.
At first, he made a sketch of the picture, but he also did not do without a food product – orange juice, with the help of which the contour of the face of the super-epic singer was applied. At the next stage, with the help of pulp and banana skins, the master depicted the diva’s hairstyle. For the pupils of “Lady Gaga”, slices of kiwi were the most suitable, and the red, as expected, lips of the “red maiden” were made from pomegranate seeds.
For color, next to the portrait, the artist “attached” a solid piece of meat, which symbolizes the “meat in the head” of a kind of star.

“Lady Gaga” has become another exhibit of the artist’s collection, collected as part of the “Tasty Faces” project.
Among the previous exhibits of the collection there are also no less famous persons. So, it contains a portrait of the legendary Dutch impressionist painter Vincent Van Gogh, created with black bread and tea.
The famous French singer-actress Mylène Farmer was associated with the master with red wine and grapes; they became components of her portrait.
The portrait of American pop diva Beyoncé is painted with … chocolate.
When P. Bondar worked on the portrait of the Chinese actress Zhang Ji (who played the main role in the famous film “Memoirs of a Geisha”), he even used a ready-made dish – sushi. The facial features of a beautiful Chinese woman were traced with soy sauce. Then three-dimensionality was added to the image using edible nori seaweed, as well as red caviar, rice, ginger and wasabi.
According to the artist, before creating a portrait, he tries to “feel” each ingredient, as if “to pass through himself.” This is how it is determined how close this or that food product will come to the character in the picture.