Young artist Pavel Bondar paints unusual pictures. He creates unique portraits of celebrities using food instead of paint. One of the last creations of Paul – Lady Gaga from bananas, pomegranate, apple and .. a piece of beef. 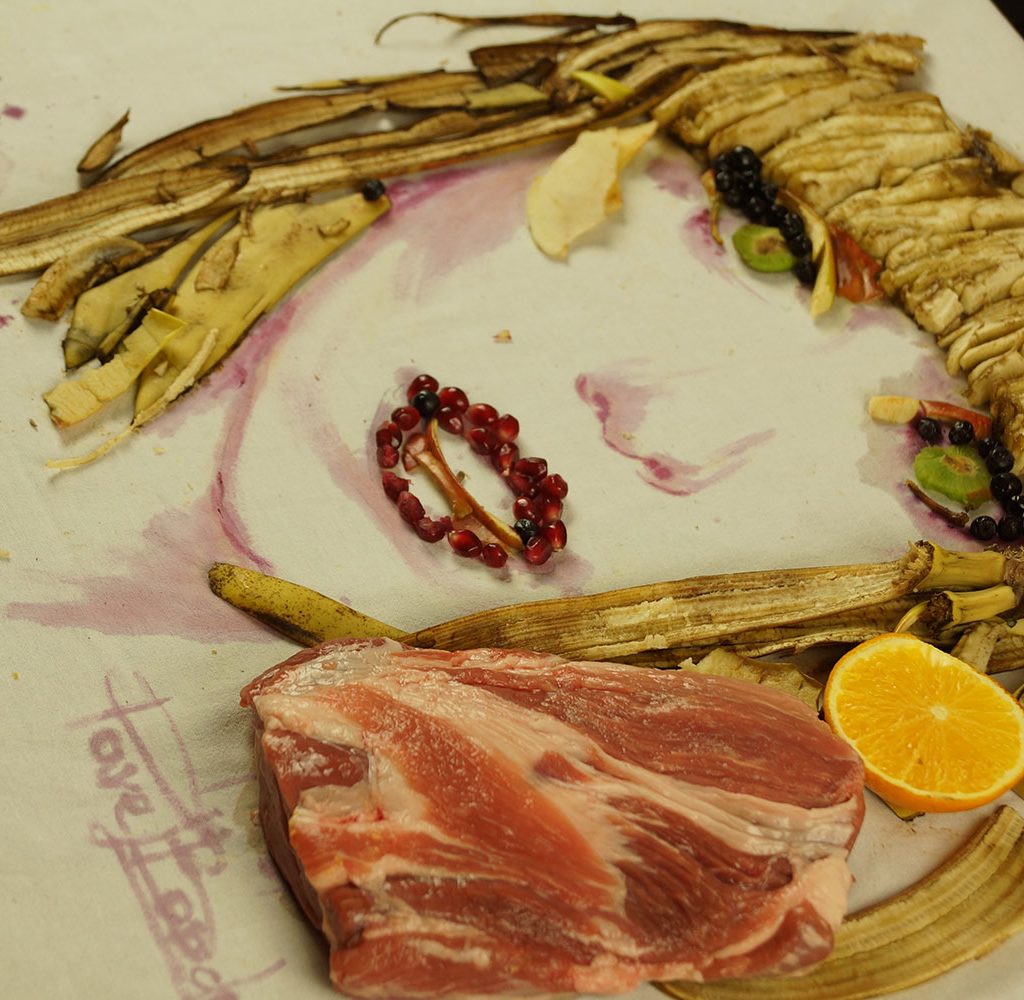 In the video, which shows the process of creating the picture, it can be seen that first Paul makes a sketch of the outrageous singer’s face using orange juice, then depicts hair from the pulp and skins of a banana. Pieces of kiwi were used as the pupils of Lady Gaga, and pomegranate seeds went to her lips. The final touch is a juicy piece of meat, which the artist attaches next to the portrait.

As Pavel Bondar told Metro, Lady Gaga with her “meat” in her head inspired him to a new job within the Tasty Faces project.

Depicting the Frenchwoman Mylene Farmer, the young artist chose red wine and grapes from the creative arsenal. And he painted a portrait of the American pop diva Beyoncé with chocolate.

While working on the portrait of the Chinese actress Zhang Ji, the star of the famous film “Memoirs of a Geisha,” the artist has already used a whole dish – sushi. Using soy sauce, he first painted the facial features of a beautiful Chinese woman, and then added volume to the image using edible nori seaweed, red caviar, rice, ginger and even wasabi.

– To draw a portrait made of food, you need to feel each ingredient, understand its properties, pass through yourself how it will look, how close it will come to the character in the picture, – Pavel Bondar tells about his work.